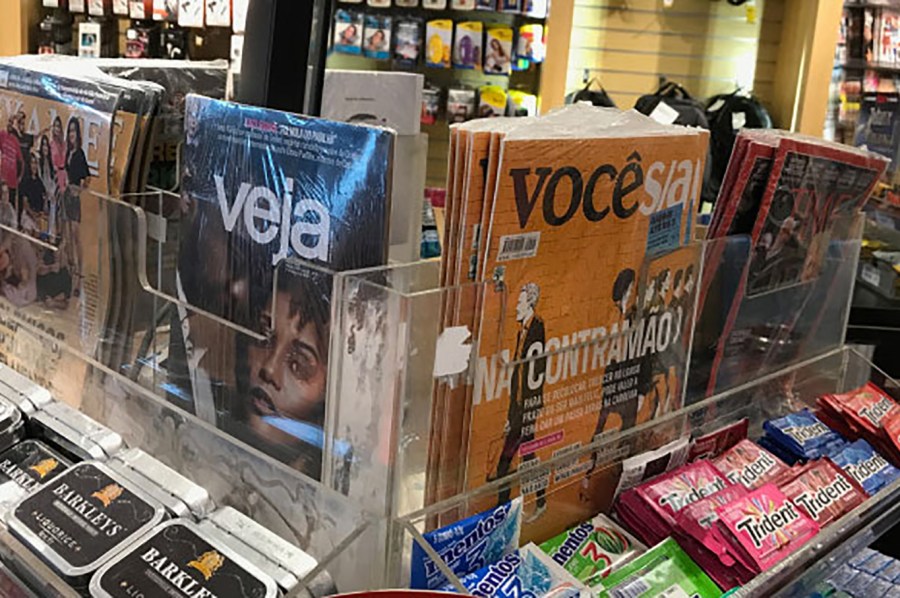 Through the partnership with WordPress VIP, in addition to establishing a secure, stable, and flexible common platform to build upon for years to come, Abril achieved the following:

Taming the sprawl of organic growth

Grupo Abril, based in São Paolo, Brazil, is one of the largest media companies in Latin America. Among its magazine brands are Veja, the leading weekly publication in Brazil, business and financial news magazine Exame, and the Brazilian editions of Elle, Cosmopolitan, and InStyle. Other divisions include broadcast TV and educational publications. In 2015, Abril sought to streamline the IT sprawl that had arisen from the organic growth and development of its dozens of media brands, under one platform. This is a challenge that many major media companies with diverse portfolios of brands continue to face today.

Abril’s brands were spread out across several content management systems, including a custom Ruby On Rails system hosted in-house, another hosted via Amazon Web Services, and a Drupal-based system supported by Acquia. Each system had its own dedicated IT support in addition to the centralized IT group.

Since we began working with them in 2015, Abril has migrated over 25 of its sites to WordPress VIP. As part of the work, we trained Abril’s highly skilled development team who had limited experience with WordPress at this scale, and brought them up to speed on WordPress development techniques, best practices, and security and performance.

In addition to hosting and supporting Abril’s sites and providing training for developers and editorial staff, WordPress VIP manages ongoing security and performance, and serves as an end-to-end consultant for all of Abril’s content publishing development. This has opened up their pipeline, and freed the organization up to focus its resources where they can have the most valuable impact – editorial and front-end work.

Read about what goes into our annual onsite visits with the Abril team.

“We have enormously improved our efficiency since we don’t need additional teams or third parties to support our infrastructure. And because we need almost no back end development resources in-house, it’s almost all front end, today we have a smaller development team. We can focus on what matters, which is producing content and generating value. We don’t have to care about servers and backups for example, …all of that is covered with WordPress VIP.”

Based on the company’s internal analysis, their previous system faced three major challenges.

First, the lack of standardization was itself the source of inefficiencies up and down the organization. “When we needed to make any change, implement a project or try to address a business need, it was chaos. We had to try to align numerous teams, systems, and schedules to make it happen,” explained Schultz. This led to unnecessary duplicated efforts and layers of complexity.

Establishing a common platform and theme set on WordPress has drastically reduced the amount of work and resources required to support advertising campaigns. In addition to narrowing and simplifying the work required on ad units, new site templates can now be sold, designed, and launched quickly, which makes everybody happy.

Second, the company’s multiple platforms and resource groups hindered its agility. Responding to opportunities, needs, and market changes quickly was extremely difficult. Central IT resources were tied up supporting the security, maintenance, and uptime needs of each of the platforms. That left precious little bandwidth for feature updates, new site launches, and enhancements. Creating a new template or launching a new site often took many months when it should have only taken weeks. Further, every time a new technology entered the market, it necessitated a new custom development project for each platform, which ensured Abril’s brands would be slow to reach parity with faster-moving rivals.

Abril has made major improvements in agility since standardizing with WordPress VIP. New features and site launches can now be deployed with just a few days’ notice. Company resources are no longer tied up in staying up to date with third-party API’s like Facebook Instant Articles and Google AMP, and Abril is now first to market with updates any time those services change. Maintenance and security releases no longer hinder the pipeline of site launches and updates.

Shared benefits across the portfolio of brands

Third, the pressure on central IT and uneven resources across brands led to prioritization conflicts and inefficiencies. While the highest circulation brands were able to get their needs met ahead of other priorities, some smaller and niche publications struggled to get any attention at all. Because of the logjam, some hadn’t had a site update in ten years and as a result had no mobile optimized version of their site.

Now, all of Abril’s brands benefit from shared technology updates. Everything is under a single theme, and even though the larger brands drive the priority and development, every other brand gets the benefit of the features built by the big ones, like Veja and Exame. The smaller brands also get access to all of that.