Remaking the New York Post for the Digital Age 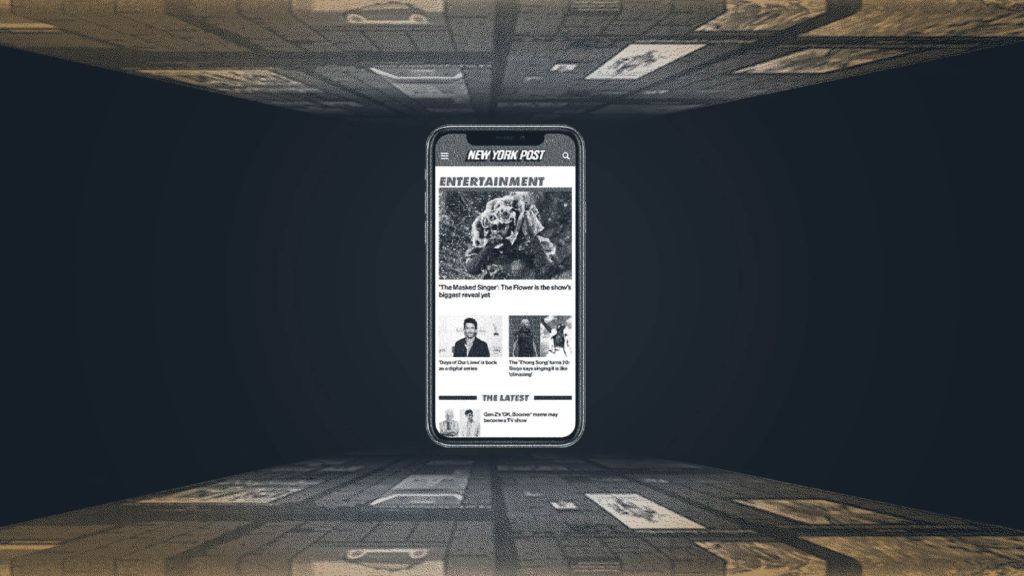 New York’s iconic tabloid the New York Post called on WordPress VIP and partner Alley in 2013 to fulfill a digital transformation mandate that included rebuilding core publishing services from the ground up, moving to a managed hosting and development platform, and developing new workflows led by its multiplying digital channels rather than legacy print processes.

By partnering with WordPress VIP and Alley, the Post was able to

The New York Post is New York’s longest continually published newspaper and over the past few decades has become the nation’s most recognized tabloid. In 2012, the paper faced multiple challenges in a rapidly changing and extremely competitive digital news environment. It had to be able to move print content online seamlessly, while supporting new digital needs, like live sports and weather information and the dynamic interplay between the company’s own channels and social media. Having taken its existing infrastructure as far as it could go, it was time for an overhaul, inside and out. The Post was the first News Corp publication to move entirely to WordPress, and thanks to The Post’s success with WordPress VIP, many others have followed suit.

Chief Digital Officer Remy Stern explained the extent of the change he was looking for in his initial project design guidance.

Stern quickly settled on WordPress as his content platform of choice, for its flexibility, its reputation as the preferred platform for the enterprise newsroom, and all of the benefits that derive from open source software. From there, word of mouth in the publishing industry led him to the right combination of resources in WordPress VIP for its managed platform, support, and guidance, and WordPress VIP Featured Partner Alley to lead development, workflow customizations, and the migration.

Moving 13 years of legacy content out of an older, proprietary content management system, a payload of roughly one million articles, is itself a massive undertaking. Having lived in any system for that long, there are bound to be inefficiencies and overlap built up in the the New York Post’s data. The Alley team worked with The Post to remap hundreds of thousands of old data structures into WordPress, making sure it all fit together properly and ended up in the right places on the new and redesigned platform.

For example, the system had built up over 17,000 different bylines, though there were only 2,000 authors.

Alley built a platform on WordPress VIP for The Post that serves as a single system through which all digital content flows, all managed in one place. This includes the ingestion of print content and syndicated content from dozens of sites and systems into WordPress, all of which can be converted to article content with one click. It also speaks to the vast breadth of endpoints an individual piece of content appears on.

A big part of the initiative involved close observation of and discussion with the editorial teams, in order to match the WordPress back end and tools to their ideal workflow. Designers and developers went through hours of stakeholder meetings with the New York Post’s teams to understand their world at a deep level.

Alley then worked to streamline the system and interface to match their workflow, and shave critical hours and minutes from the time news happened to the moment it was posted. For example, they adapted the system’s handling of uploaded images to drastically reduce the work needed to meet the various art specifications. In the legacy system “there was no auto-thumbnailing, and there was no intelligent cropping, so every image would have to be uploaded uploaded eight times and cropped into eight different sizes,” according to Stern. In the new system a gallery took five minutes, rather than two hours. “They were totally delighted to move to WordPress,” he said.

One platform, many channels

With the development of a common platform, theme, and infrastructure, The New York Post was also able to efficiently deploy new channels, including its new PageSix.com, and later, the Decider site. Any new features and functionality developed for one channel can be easily put to use on the other channels as well.

Performance gains across the board

In the period after launch, Stern saw major gains in just about every key metric he tracked, from performance improvements to uptime to significant increases in visitor traffic. The New York Post reduced downtime from 11 hours in a single month to virtually zero in its first year on WordPress VIP. Stern was extremely satisfied with the results: “Whether you wanted to look at it from a performance standpoint or in terms of speed metrics, or you wanted to look at downtime or the traffic pre- and post-launch, all the data supported the decision that we made.”

Before its transition, The Post was paying for additional CDN services on top of its hosting setup. With WordPress VIP’s own global content distribution network included at no additional cost, The Post was able to eliminate those external CDN services and realize significant savings. Additional savings came in the form of a faster and more efficient development pipeline optimized to share code across all of its sites. And the flat fee structure of WordPress VIP allowed The Post to think beyond its own infrastructure limitations. Stern put it succinctly: “Our hosting costs have not gone up as we’ve more than quadrupled the size of our audience.”

With all of the efficiencies associated with moving away from proprietary software and leaving the performance, scale, security, and maintenance to the WordPress VIP managed platform, The Post saved money the first year, and was able to use the money to renovate its newsroom, “a multimillion-dollar project, funded entirely with what we saved,” said Stern.

Stern summed up the collaboration with WordPress VIP and Alley: “An entirely new design, a much easier site to navigate, a much better reading experience with performance that was mindbogglingly fantastic.”