This post series profiles each of our featured partner agencies.

Big Bite Creative has been a WordPress.com VIP Partner since 2015 and has been building big with WordPress since 2011. They are based in the UK, and work with clients from around the world, like Penske Media Corporation, NewsCorp, DMG Media and Metro UK. 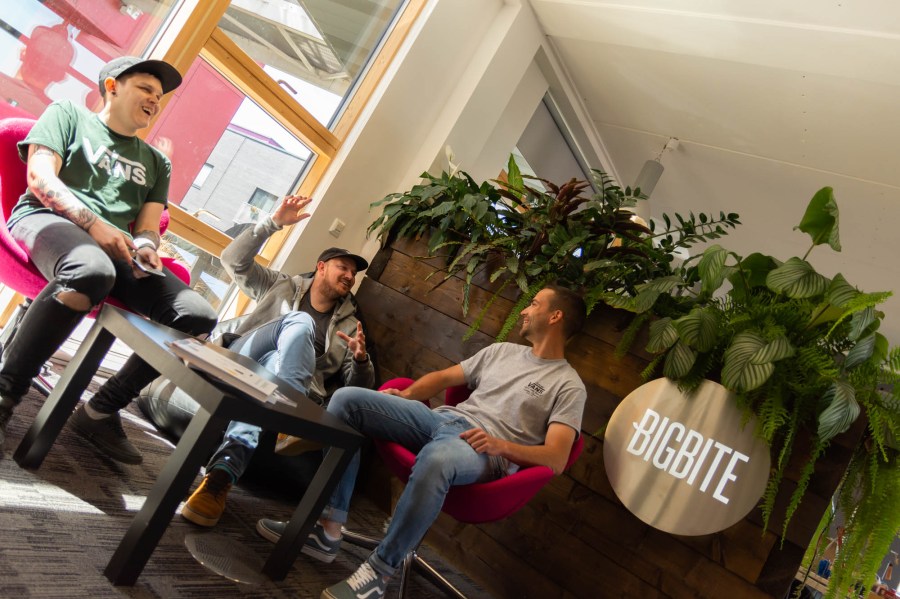 Big Bite was born in 2011 and we decided from day one that we were going to build the agency we wanted to be in the future: no shortcuts, lay the groundwork before we needed it, experiment and embrace what’s new. All three of us — Iain, Jason, and Mark — were working our first jobs in the industry. We were eager, a little naive, learning hard lessons fast, and quickly realizing that there was an opportunity to do things differently.

We wanted Big Bite to be a place where talent and ideas mattered more than background or fancy job titles and in 2012 we got the chance to really put that concept into practice. Our work with Elizabeth Weil, the Corporate Design & Development lead at Twitter, generated the interest of our first international clients like Netazine and a large project for Clicksco allowed us to start hiring new talent. Those new people, from experienced devs and designers to self-taught interns who are now permanent members of the team, kept pushing us onto bigger and better things. Soon a number of our clients were being acquired by Dropbox and we started peaking the interest of some of the biggest names in digital publishing.

As a WordPress.com VIP partner we’re regularly building innovative apps and doing high-traffic site migrations for the likes of DMG Media and Penske Media Corporation. We’ve won awards for our work and business, taken more prolific clients, and are pushing the future of WordPress with things like Gutenberg, but we’re still very much plugged into our local community. We’ve grown in size and grown up, but we’ve managed to keep what makes us unique intact and we’re very proud of that. 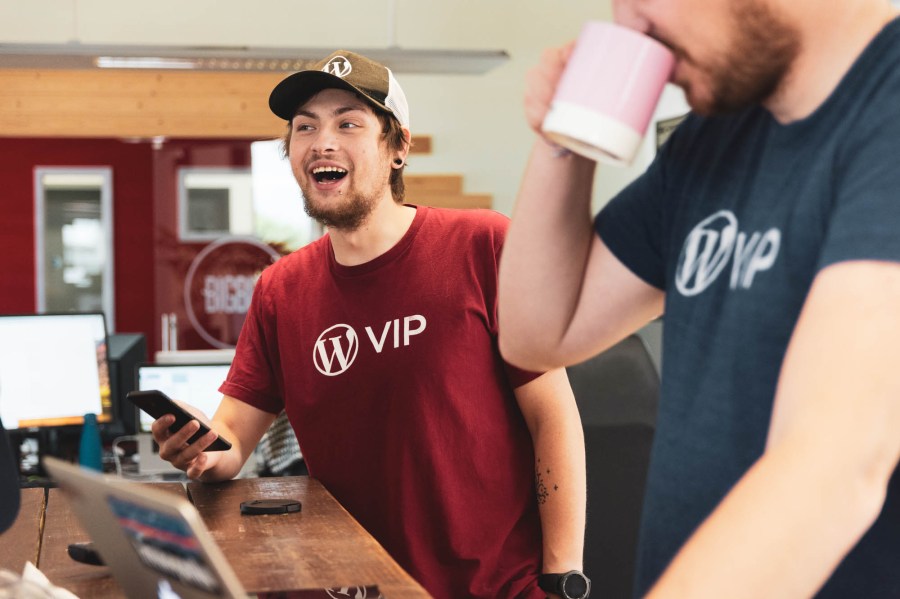 Tell us about a client project you are especially proud of.

We excited to be soon launching an internal news and comms app for one of the largest global financial institutions and their 200,000+ employees around the world. That’s a point of pride for us of course, but most interesting is how we did it.

We built it using the soon-to-arrive Gutenberg. Not only was getting the opportunity to work in an interesting new way a thrill, it allowed us to push what’s possible for a project on that scale and that level of complexity. We regularly deal with extremely high-traffic sites and apps, but this project required developing two apps for Android and iOS in React Native and also exploring building the product as a progressive web app (PWA). PWAs are still relatively new, only being supported by iOS 11.3 onward for example, but are sure to become a more and more important aspect of web development for global organizations in the coming years.

What are you most excited about in the WordPress community right now?

Honestly, just how much it’s grown and evolved. In some ways our story has mirrored WordPress’ in that way. Most of us have been a part of the WordPress community from back before we had our first jobs, before starting Big Bite. The fact that WordPress is increasingly the go-to solution for enterprise on the web is exciting, and a confirmation of our long-held belief in it as a platform. We’ve achieved a lot of firsts with WordPress, but we’re just as excited about what comes next. Our team is already building great things with Gutenberg, for example, and we’re excited to see what happens when the whole world realizes its potential.

What’s your favorite conference or event of the year, and why?

We’ve been attending the various WordCamp events around the world for years now and they never fail to be a fantastic opportunity to share notes, as well as a few drinks, with our peers and colleagues. That sense of community is often an inspiration, but this year’s WordPress.com VIP Workshop in Napa Valley was particularly poignant. Jason and Mark both turned 30 while we were out there. We celebrated with vineyard visits and hot air ballooning, but it was also powerful moment of reflection, looking out across these amazing views while taking stock of everything we’ve achieved both personally and with Big Bite.

Yet some of our favourite events of the year are the least dramatic. Our infamous Big Bite barbecues are informal affairs where friends, colleagues, and everyone from the local creative industries gather, rain or shine, to eat, drink, and relax. It’s rejuvenating and being able to offer that sort of thing for the people in our local community is a point of pride for us, plus it keeps our feet planted firmly on the ground.

(And the sixth: Ask yourself a question and answer it) What will change the way you work most in the near future?

We feel like we’ve already begun proving its potential with our recent work, but we know there’s so much more that can be done with it. Our clients are already realizing that embracing something new, especially with all of Gutenberg’s benefits, ensures they’re ready for the future instead of playing catch up. The ability for us to provide clients with blocks means that we can offer them more control over their content. It offers a flexibility that stops changing parameters or requirements derailing projects. It also means that clients don’t have to come back to us for every little change, saving them time and money, while we get to work on the next big thing.