We at VIP, as well as Automattic as a whole, joined the AMP project early on in 2015 and took on the challenging task of creating the first platform integration, a foundation to serve the needs of individual WordPress users and enterprise users alike.

Why? We want to make it easy for our users to deliver the best experience on the mobile web, and that means, fast. 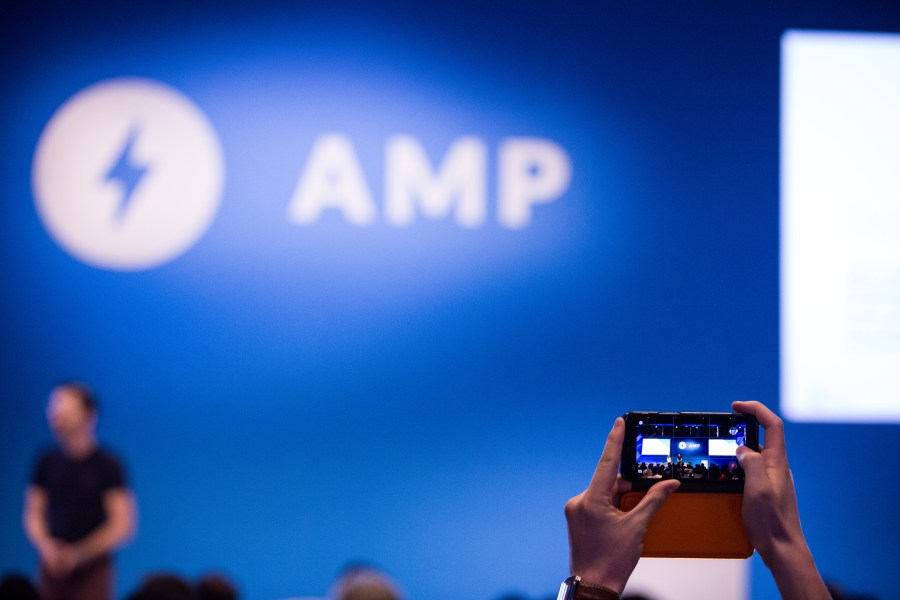 There has been a ton of work going on across the project since its launch, on the core services and on the integration. We’re excited to announce the AMP for WordPress 0.7 beta, co-created by Automattic, and our partners, Google and XWP, which was officially unveiled at AMP Conf 2018 in Amsterdam earlier this month.

What’s new with the AMP Plugin

Historically, the AMP Plugin has used a pair mode. That means that the plugin used a simple-theme approach, which generated a separate AMP version of your webpage.

Now, we’ve improved the experience, enabling “WordPress AMP,” a native experience that we believe is not only an improved feature set, but also a huge step forward for WordPress.

Since the beginning we have had our sight set on enabling an organic AMP experience in WordPress; that is, an experience where there is no need for a pair mode (unless applied by choice) because there are no gaps, either functional or visually, between the AMP and non-AMP versions of content published in WordPress. Without such a gap, WordPress publishers are able to publish a single version of their content which is beautiful, feature-rich, all-around WordPress, and runs at the speed of AMP! We call this an all-AMP experience.

To get started, you can install and activate the 0.7 version of amp-wp which can be found on GitHub here and will be released on WP.org soon. After that, you can go to your functions.php file and add add_theme_support( 'amp' ); to the after_setup_theme action hook. This will turn your entire site into a valid AMP canonical site (not just single posts/pages like the current plugin)!

The plugin does all of the dirty work of converting relevant HTML tags to amp-HTML valid tags. It also restructures the document head to comply with the AMP spec for how CSS and JS are implemented. We’d like to think it works like a charm!

As a whole, the new release takes as its focus the notion of empowering content creators and non-technical folks to go further with AMP on their own. The 0.7 beta supports: AMP native mode, default widgets, default embeds, commenting, creation of AMP-related notifications and outputting valid AMP. See it live on the full theme demo site today.

As part of the keynote, Malte Ubl gave a history of our work with the AMP project as well as the current state of the plugin. As our CEO Matt Mullenweg shared in a video clip aired during the talk, this year we’re doubling down on our support for the project both directly and indirectly.

“At Automattic our focus has always been on the user. That’s why we’ve been committed to providing support for AMP from the project’s inception. We believe enabling everyone to create content on the open web in a fast and accessible way is key to both users and our business.”, Matt Mullenweg, CEO, Automattic

He also mentioned the goal of making the upcoming Gutenberg editor, slated to be a part of WordPress 5.0, work hand in hand with AMP. And we’re proud to support and highlight the work of our partners Google and XWP, who in the last year have taken a leading role in evolving the AMP for WordPress plugin to make it even easier, more accessible for smaller teams with limited development resources, and more powerful.

In the talk embedded at the top of this post, Fast By Default: AMP Powering WordPress, Alberto Medina from the Google Web Content Ecosystems Team along with Software Architect Thierry Muller from XWP demonstrated an AMP Native WordPress theme that shows off the potential for WordPress publishers to easily take full advantage of AMP’s speed and capabilities.

For example, Thierry Muller from XWP specifically noted these improvements:

We’re excited about the direction of the AMP project, and look forward to sharing more updates in the future.