August in enterprise WordPress saw the debut of WordCamp for Publishers, updated functionality from Facebook, Getty Images, Chartbeat and Ooyala, progress on the Gutenberg project, and a number of publications returning to WordPress from Medium including VIP/Alley Interactive client ThinkProgress.

Read on for all of the details and our monthly launch spotlight – us!

Digital-native news outlets are also adopting other outreach and engagement methods. Fully 97% of these outlets offer newsletters, and 92% have an official presence on Apple News. Three-quarters, meanwhile, release podcasts and 61% allow comments on their articles.

Mr. Shani said the study reaffirmed his contention that people were looking foremost for authenticity from companies. Establishing that takes time; he compared it to putting money into an individual retirement account, where the dividends do not pay off for years.

-Zach Schonbrun of The New York Times, in response to a new study published in the Journal of Consumer Research on consumer skepticism and advertising.

The Lab is part of an approach to help brands and agencies that’s led to a renewal rate of 90 percent for branded content, nearly three times higher than the industry average, per MediaRadar data.

-Max Willens in Digiday on VIP client Quartz and their innovative approach to branded content. 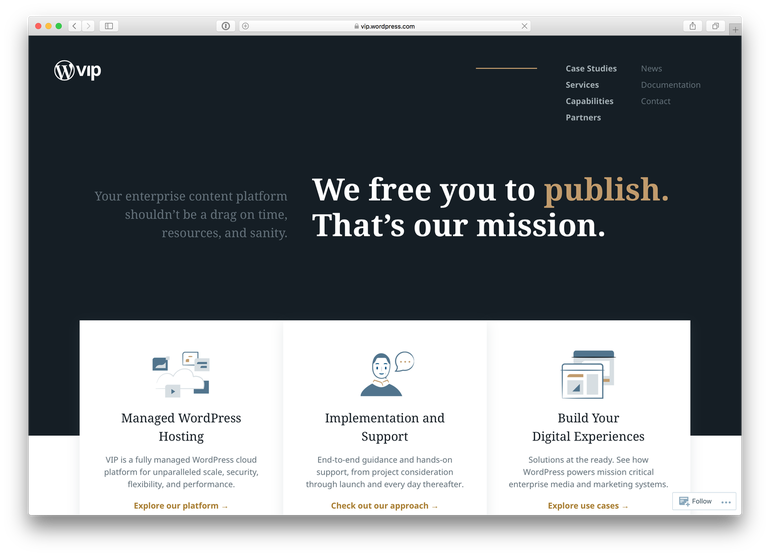 WordPress.com VIP relaunched this summer on…WordPress.com VIP, natch. It’s the coming together of a number of elements we’ve been working on, and a pre-Gutenberg exercise in embracing the modular design approach.

Many thanks to organizers and participants at WordCamp for Publishers. Read highlights from our own Steph Yiu, a wrap-up from Institute for Nonprofit News, and many more.