7 Highlights from the First-Ever WordCamp for Publishers

One of my favorite things about working for the VIP team is the incredible community of clients, agencies, partners, and core contributors I get to work with every day. It’s a powerful and thoughtful group. When a bunch of us get together to address shared challenges, it’s especially rewarding and always memorable.

Over the last year, I’ve been collaborating with a group of publishers passionate about WordPress and open source to put together the first-ever WordCamp for Publishers. It was an incredible 3-days focused in the beautiful Denver Post building, thanks to VIP client Digital First Media.

For those of you who couldn’t be there, I wanted to share with you a few highlights from the event:

Jake Goldman, president of 10up (a VIP partner agency) presented on the changing distribution channels for publishers, and how WordPress can remain the hub in an evolving ecosystem.

What does it mean for your tools when your CMS is a content hub? @jakemgold of @10up explains at #wcpub pic.twitter.com/ysCzSSQCPR

Both Rebekah Monson, co-founder of WhereBy.Us, and Jake Spurlock, software engineer at WIRED, highlighted the importance of capturing emails and sending newsletters as a key way of making revenue.

"Let's use the thing [editors] are familiar with." @rsm on why @WhereByUs built newsletter tools in #WordPress. #wcpub pic.twitter.com/dZgXfCAED7

#3 Get involved with Gutenberg

Many attendees suggested Gutenberg, a new block-based content editor for WordPress, as a topic for one of the unconference sessions. The takeaway: “Lot of unknowns but best way to figure those out is getting involved.”

Gutenberg and Publishers: unconference notes from WordCamp for Publishers https://t.co/gkIXOqM5MX

#4 Introducing a newsroom to WordPress

Both Meagan Kelleher Ball from Tribune Broadcasting (a VIP client) and Kevin Koehler from Automattic shared tips on how to help a newsroom get acquainted to WordPress. Will Davis from The New York Times (a VIP client) and Meagan also led a packed session on editorial dashboards.

Between lunch at the food trucks at Civic Center Park, the brewery tour at Ratio Brewing, and the after party at Wynkoop Brewing, WordCamp for Publishers was packed with activities that encouraged our attendees to get to know the beautiful city and each other.

Thank you @ratiobeerworks for hosting #wcpub and giving us brewery tours tonight! What an awesome space. pic.twitter.com/vy99YwbFFt

Nice view from the patio on the 11th floor. #wcpub pic.twitter.com/uvluAaL9f1

We hosted a number of hands-on workshops to help attendees learn tools to make their day-to-day lives easier Tools that were introduced included wp-cli (a command line interface for WordPress), WPGraphQL (a query language for your WordPress API), VoiceWP (create voice apps for WordPress content), and Largo + plugins (a news framework for WordPress sites).

.@jasonbahl from @digitalfirst is blowing my mind with GraphQL at #wcpub right now.💥

Stoked for #wcpub! Time to finish up my lightning talk on ‘Voice Apps for Publishers’.

#7 Let’s do this again next year

We ended the conference at a Rockies game on Saturday, and as all the organizers gathered we began talking about next year’s conference. Planning is already underway, so if you’re interested in volunteering or have a venue you think you could donate, please get in touch with me! 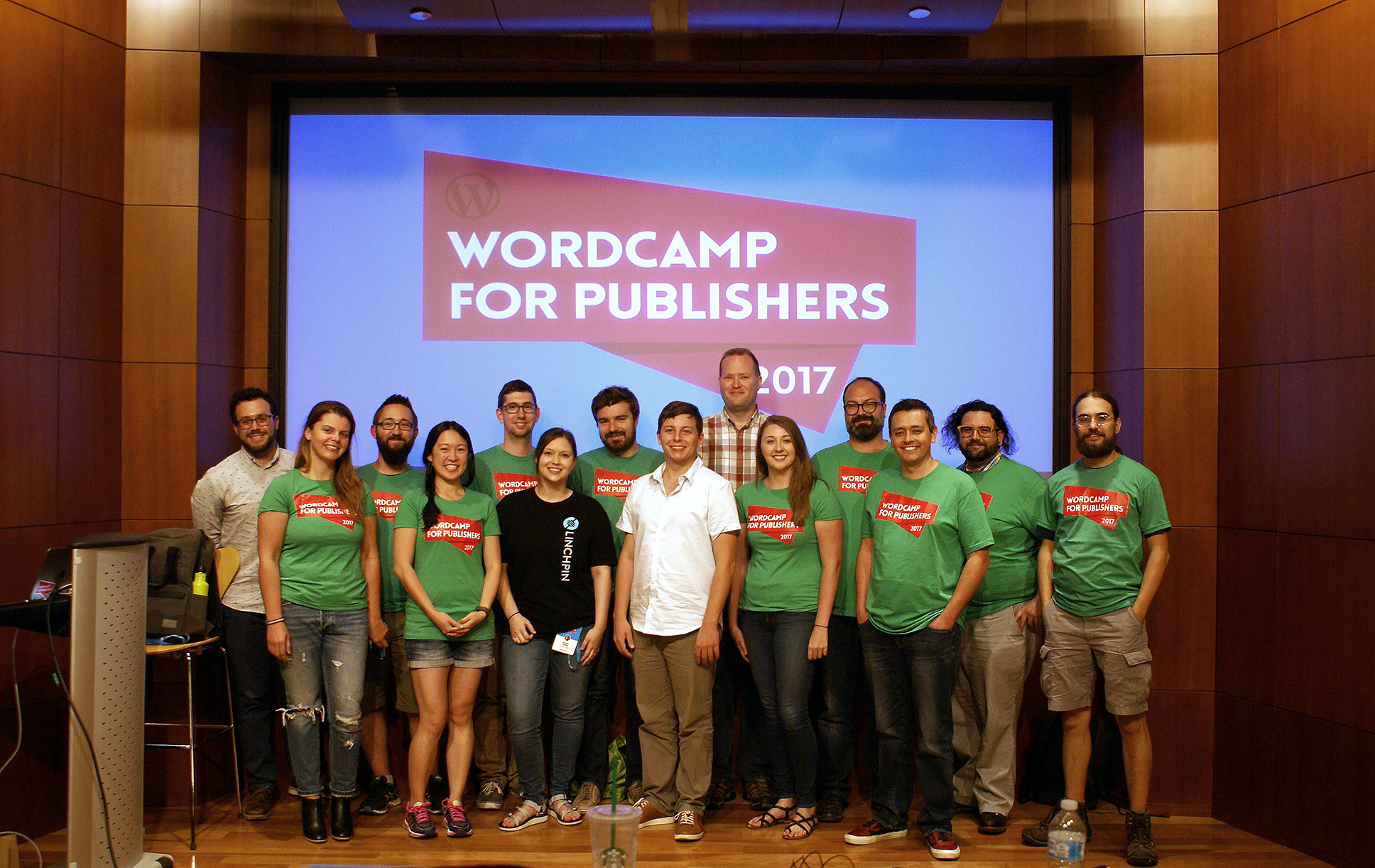