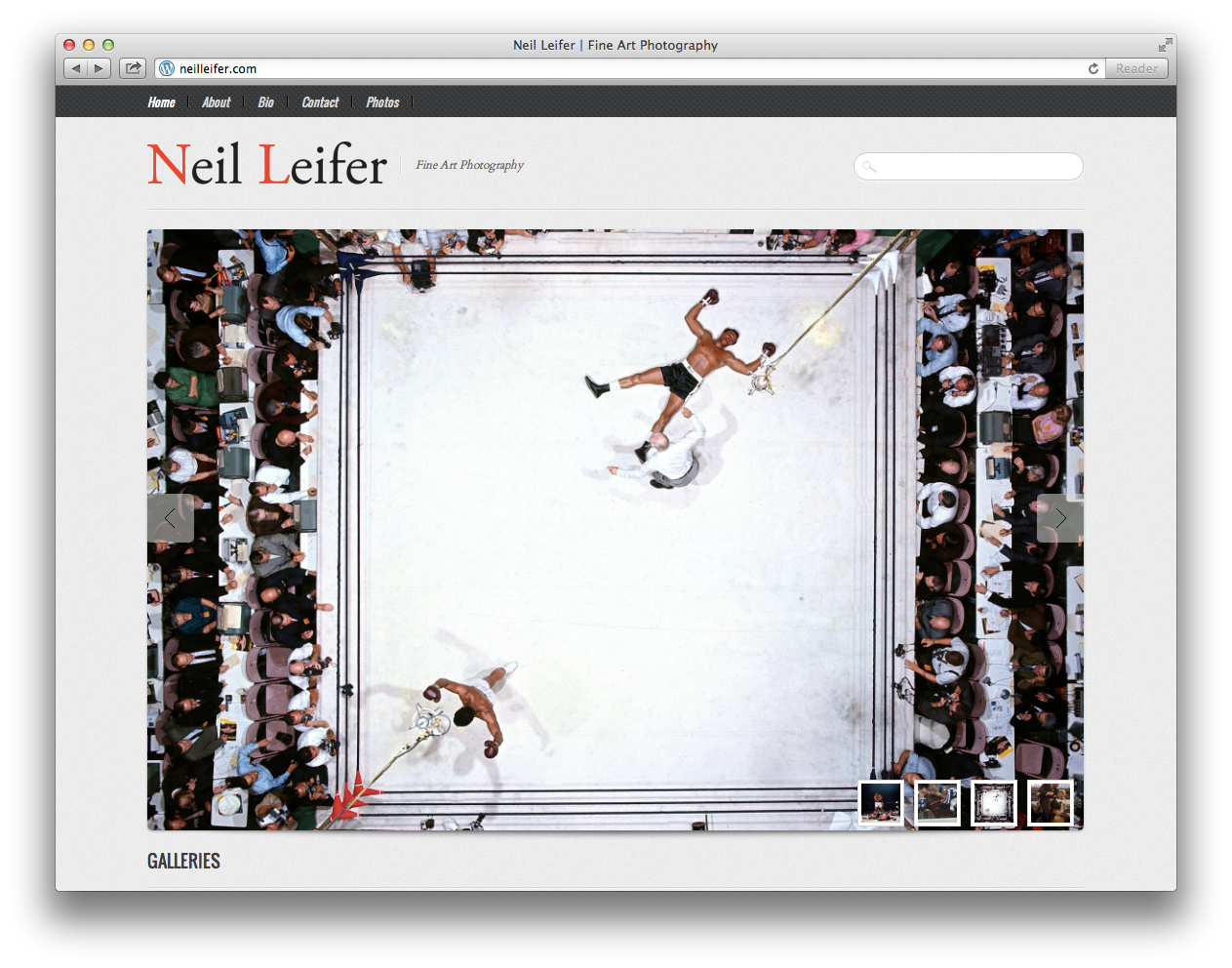 You may not recognize the name, but you’ve seen his photos.

Here’s a snippet from Neil’s bio:

Leifer eventually became a staff photographer for Sports Illustrated before leaving in 1978 to become a staffer for Time magazine. In 1988 he was made a contributing photographer at LIFE magazine and spent the next two years dividing his time between Time and LIFE. When Leifer left Time Inc. in 1990, his photographs had appeared on over 200 Sports Illustrated, Time, and People covers—at that point, the most ever published of one photographer’s work in Time Inc. history.

Want to see his most memorable photos? Head on over to http://neilleifer.com.